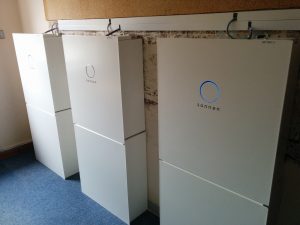 Turners Hill School, near East Grinstead, East Sussex, has recently installed 12kWh of battery storage to capture much of the spare electricity generated by the various renewable energy systems at the school.

REPOWERBalcombe hopes to install more storage systems in the future, as the price of lithium batteries continues to fall.